This diverse continent—the most far-reaching continent on the planet—represents a full-spectrum of climate types, and provides an array of cultures, architectural styles, traditions, and culinary flavors.

The vast land mass of Asia reaches from the Middle East to the Far East; from the eastern edge of Europe at the Ural Mountains in Russia to the Pacific Ocean; from the Arctic Ocean to the Indian Ocean. Dividing the continent into regions makes discussion more focused, as the nations within Asia are so numerous.

THE BIRTHPLACE OF CIVILIZATION
Early farming practices, which developed in Mesopotamia due to the harsh climate and fertile soil, lead to the first civilizations. Over the centuries, this region has been a passage for trade routes between the continents. 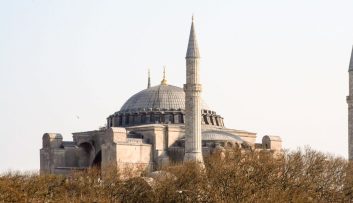 BRIDGE BETWEEN CONTINENTS
Uniquely situated between the two continents of Europe and Asia, considered part of the Middle East, Turkey was part of the Roman Empire, then later taken over by the Ottoman Empire.