United under one kingdom, Great Britain — England, Scotland and Wales — and Northern Ireland, maintain unique cultural backgrounds and regions… and over 2000 years of history.

In addition to these four “home nations,” the United Kingdom includes the British crown dependency islands: the Isle of Man in the Irish Sea and the Channel Islands—Guernsey, Jersey, Alderney, and Sark—in the English Channel (off the coast of France).

The British Isles consists of the entire group of islands, including the whole island of Ireland—Northern Ireland and the politically separate Republic of Ireland (the independent country)—the Isle of Man, the Scottish archipelagos of Hebrides and the Northern Isles of Orkney and Shetland, and over six thousand small islands.

Linked by a sophisticated rail system, this relatively small island nation has been far reaching in its global impact. A lifetime could be spent exploring its vast array of architectural masterpieces of ancient rock formations, medieval castles, bridges, palaces, cathedrals, monuments and modern structures across a diverse landscape.

“Home Nations” of the United Kingdom

It’s impossible to see all of London in a few days, but we worked to discover as much as possible on our trip to Northwestern…

END_OF_DOCUMENT_TOKEN_TO_BE_REPLACED

Football-inspired travels led to our discovery of Northwestern Europe and the history architecture, cuisine and cultures found there. While watching the 2018 FIFA World Cup…

END_OF_DOCUMENT_TOKEN_TO_BE_REPLACED

LARGEST OF 4 “HOME NATIONS”
England, one of three “home nations” on the island of Great Britain that includes Scotland and Wales, is a part of the United Kingdom, which adds the fourth “home nation” of Northern Ireland… 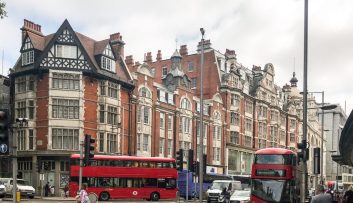 33 BOROUGHS
The metropolis of Greater London, the dynamic capital of the United Kingdom located in England, is divided into 33 boroughs. These smaller districts each have distinct characteristics and histories.