The constitutional monarchy of the Netherlands is divided into 12 official provinces (4 regional divisions). Beginning in Amsterdam during our trip to Northwestern Europe, we explored three of the provinces of West Netherlands—North Holland, South Holland, Utrecht—and then traveled through Breda in North Brabant of South Netherlands on our way to Belgium.

Much of the Netherlands is navigable by alternative modes of transportation—train, tram, boat, ferry, bicycle, foot—which commonly eliminate the need for a car. Efficient, convenient, and well-operated Dutch trains travel between cities, while trams operate within the city. Most of our time, however, was spent traversing cities and villages on foot to take in the scenery.

As if caught in time, storybook postcard photos come to life. Ubiquitous bicycles cross picturesque canals; antique windmills dot ever-present waterways; colorful tulips cover fields in spring. Beyond its well-preserved history, we were struck by the Dutch progressive modernity. Known for its traditional characteristics, the Netherlands is also known for tolerance and innovation. 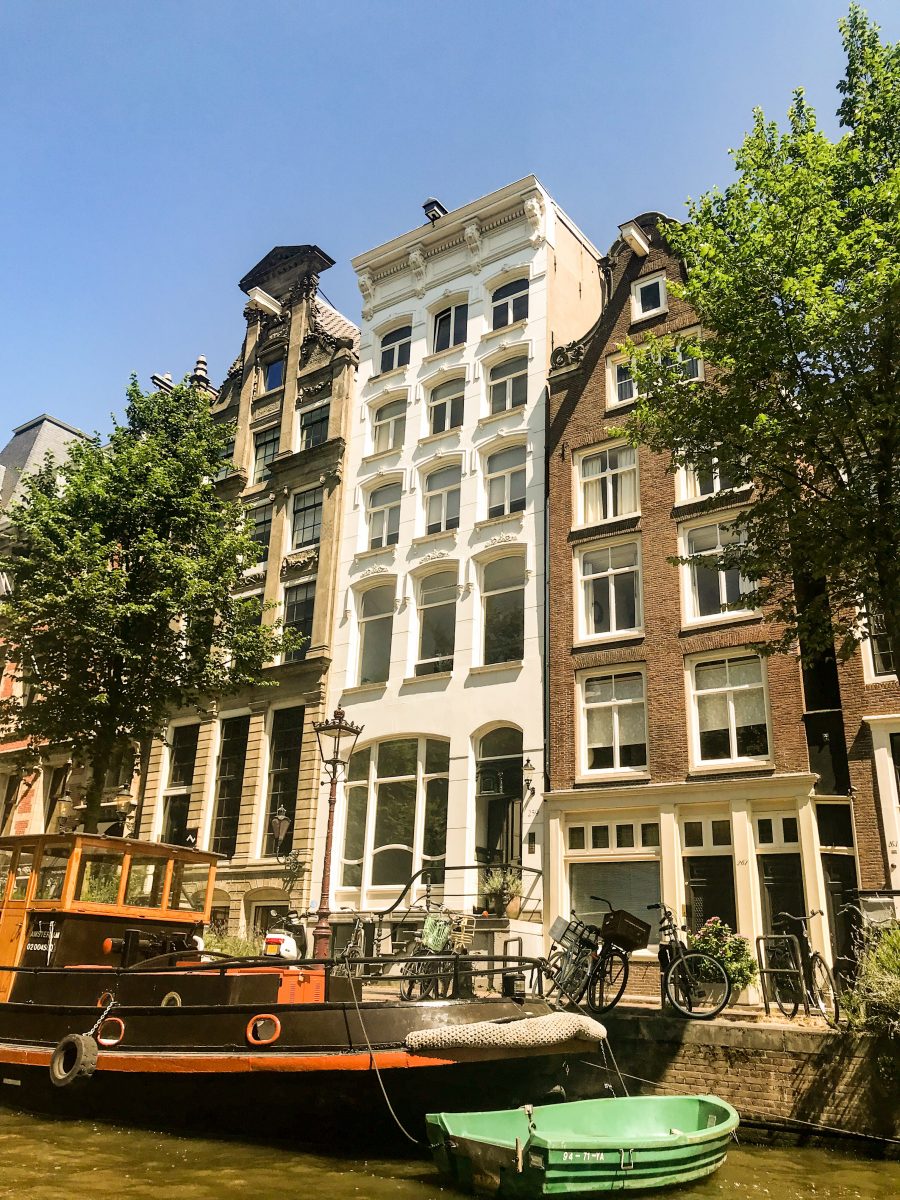 All About The Netherlands

END_OF_DOCUMENT_TOKEN_TO_BE_REPLACED

Diversity is embraced here. “Weird” might be the Dutch norm due to pragmatic tolerance. This trade city has been accustomed to associating with different cultures, ideologies and lifestyles for centuries. Cooperation defines the Dutch. Tolerance makes Amsterdam’s heart beat. Rather than…

END_OF_DOCUMENT_TOKEN_TO_BE_REPLACED

The constitutional monarchy of the Netherlands is divided into 12 official provinces (4 regional divisions). Beginning in Amsterdam during our trip to Northwestern Europe, we explored three of the provinces of West Netherlands—North Holland, South Holland, Utrecht—and then traveled through…

END_OF_DOCUMENT_TOKEN_TO_BE_REPLACED

Something went wrong. Please refresh the page and/or try again.

Explore Places of The Netherlands

NOORD-HOLLAND
Centrally located along the North Sea of the Netherlands, the Dutch province of North Holland is home to the national capital of Amsterdam, a 15-minute train ride east of the provincial capital of Haarlem.

“VENICE OF THE NORTH”
On the peninsula of North Holland, the Dutch national capital of Amsterdam has expanded over the centuries as a trade city through its direct access to the North Sea.

CITY OF FLOWERS
The North Holland provincial capital of Haarlem is located just west of Amsterdam via a 15-minute train ride.
Read more

ZUID-HOLLAND
The Dutch province of South Holland is home to Den Haag (The Hague), heart of the government—although the official capital is Amsterdam—and seat of the International Court of Justice of the United Nations (UN).

DEN HAAG
The provincial capital of South Holland and heart of the constitutional monarchy, Den Haag (The Hague) is also the seat for the International Court of Justice for the UN (United Nations).

SEASIDE FISHING PORT
Once a small fishing village on the North Sea, the seaside resort of Sheveningen is a fishing port and beach destination that is now considered part of Haaglanden (the Greater Hague).

HOME OF VERMEER
Known for Delftware, tin-glazed blue and white pottery, Delft is also known for the Renaissance painter, Johannes Vermeer. Networks of canals lead to the market square in the old center surrounded by shops and restaurants.

BIRTHPLACE OF REMBRANDT
Starting his journey as an artist in Leiden, Rembrandt van Rijn became the 17th-century Golden Age master painter known for his dramatic use of light and shadow.

MODERN METROPOLIS
Destroyed in World War II, Rotterdam has risen from the ashes to become the dynamic, modern port city of the Netherlands. Amid a skyline of high-rises, the largest port in Europe (2nd in the world)…

CRADLE OF THE GOLDEN AGE
As Holland’s oldest city, dating back to 1220, Dordrecht is also where representatives of the Low Countries met with William of Orange in 1572 to plan a united revolt against Spain…

PROVINCE AND CITY
The province of Utrecht—east of Holland in the Western Region, center of the Netherlands … The provincial capital of Utrecht is the centuries-old university town with the same name.